04/01/2021
CITIZEN has always been concerned with advancing the technology of watchmaking, with an emphasis on adding utility and value for the benefit of the end-user.
This culture of innovation has resulted in a rich historical archive of watches that have been the inspiration behind the recent successful launches of important pieces from the past. These watches, such as the Promaster NY008 series and it’s associated variants (inspired by the Promaster NY004 series from 1989), as well as the Kuroshio ‘64 (inspired by the Parawater of 1959), have not just re-interpreted watches from the past for a modern audience, but have also showcased the numerous technical innovations that have characterised the brand’s approach to watchmaking.
Following on this path is the new CITIZEN C7 collection, which takes the classic design aesthetic from the Crystal Seven from 1965 and expands it into a new series of watches that are available in 12 models, each with aesthetic treatments that range from dress to casual and formal to active. Furthermore, it keeps to the technical features that made the original Crystal Seven such a memorable watch, with the signature elements of the characteristic day and date display and the mineral crystal.
A collection of firsts
When the Crystal Seven was introduced in 1965, it was notable for being the world’s slimmest automatic watch with a day and date display, as well as the first Japanese produced watch to adopt, for the clear cover that goes over the dial, mineral crystal instead of acrylic.

While a mineral crystal and a day complication on a watch are pretty standard features that we can find in many watches today, it’s worth noting that, at the time that the Crystal Seven was released, they were relatively uncommon. 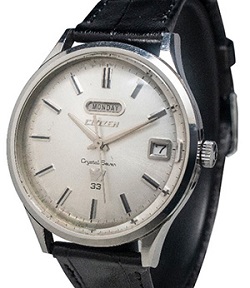 Take the mineral crystal for example. Most watches of that era and prior relied on acrylic as the material for the clear cover of a watch. Acrylic, also known as acrylic glass, or plexiglass, is a transparent thermoplastic that is lightweight and shatter-resistant, making it a popular choice. While it is tough, it was extremely susceptible to scratches.

Mineral crystal on the other hand is glass that is heat-treated, which makes it comparatively more scratch-resistant. Consequently, this ensures that the legibility of the dial is easier to maintain over time.
Aside from this, the other notable feature of the Crystal Seven was the design and location of the day complication window on the dial. Instead of the more common 3 o'clock position on the dial usually next to the date, it was located just under the 12 o’clock hour index above the CITIZEN logo. Along with this and above the 6 o'clock hour index was a specially designed Crystal Seven logo in a coat of arms style as well as an indication of the number of jewels contained in the watch.
The Crystal Seven was a big success in the year that it was launched with over a million watches sold, which attested to the solid feature set. More variants were introduced over the following years, with some departing from the original design slightly but with all the watches retaining the same features of the mineral crystal as well as the day complication.
CITIZEN C7 (2020) 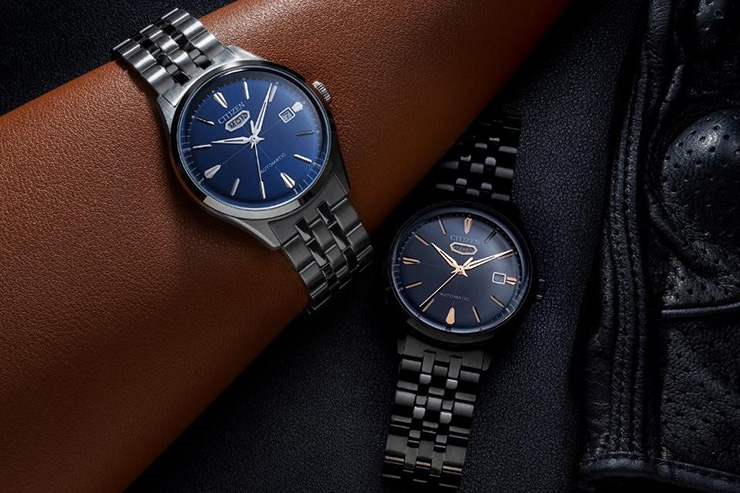 The new CITIZEN C7 series follows the blueprint of the original Crystal Seven in terms of specification and design, with a few modern touches.

The first main difference is the larger modern size at 40mm in diameter versus the 36mm of the original. Similarly, the CITIZEN C7 features a see-through caseback as opposed to the closed one of the Crystal Seven as it is the preference for our modern era.

Aesthetically, the CITIZEN C7 retains the same position of the day complication window, being under the 12 o'clock hour index like the Crystal Seven. The main difference however is that the CITIZEN C7 comes with a heptagon shaped day window frame and indices, which was done in order to match the “7” in the name of the watch and to express the design DNA of the original Crystal Seven. 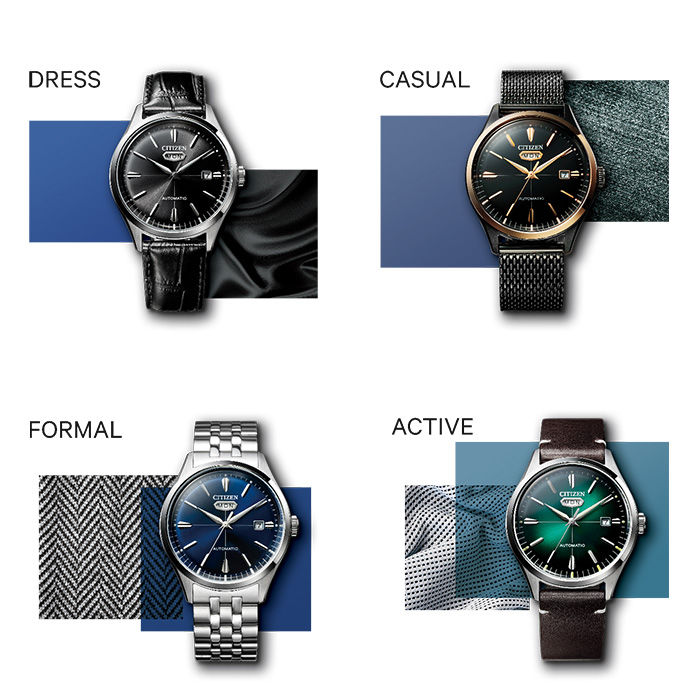 There are a total of 12 watches in the launch collection of the CITIZEN C7, with three watches each under the following categories of Dress, Casual, Formal and Active. Aesthetically they all have common characteristics, such as their mirror and hairline finished cases, shiny metal dials and luminous hour marker dots and hands. Where they differ is in the dial and strap options, which are offered in line with their category they are in, allowing plenty of choice to pair the watch with the right style and occasion.

The Casual category of watches invoke a hybrid vintage yet futuristic feel due to the use of mesh bands paired with minimalistic colours. Variations include the White Dial with a Stainless Steel Mesh Band, the Gray Dial with a Gray Mesh Band and the Black Dial with a Black Mesh Band.

The Formal Category of watches come on a versatile link bracelet that is suitable for formal occasions due to the 5-link design. Variations include the Dark Blue Dial with the Stainless Steel Bracelet, the Black Dial with the Rose Gold Tone Bracelet and the Black Dial on a BIP Bracelet.

The Active category of watches have a decidely more laidback feel due to the use of casual style leather straps that make them suitable for outdoor activities. Variations include the Green Dial with a Dark Brown Strap, the Red Dial with a Brown Strap and the Gray Dial with a Black Strap.

CITIZEN WATCH is a true manufacture d'horlogerie with a comprehensive manufacturing process that extends from creating a watch's individual components to its final assembly. The company operates in more than 140 countries and regions around the world. Since its founding in 1918, CITIZEN have held the belief of “Better Starts Now” — that is, no matter who you are and what you do, it is always possible to make something better, and now is the time to start doing it. Sharing this belief, we have made watches, invented and improved technologies and explored the future of watches such as our proprietary light-powered Eco-Drive technology and state-of-the-art satellite-synchronized timekeeping.

* The final design and specifications are subject to change without notice.
Share:
Posted by Citizen
Back